The exception that is thrown for invalid casting or explicit conversion. 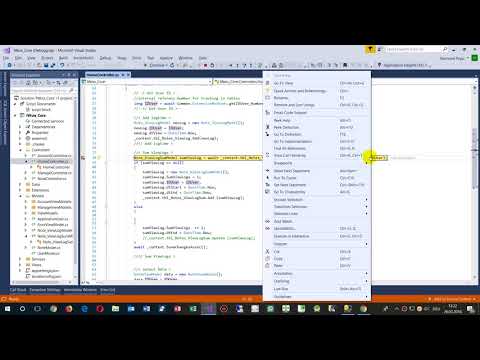 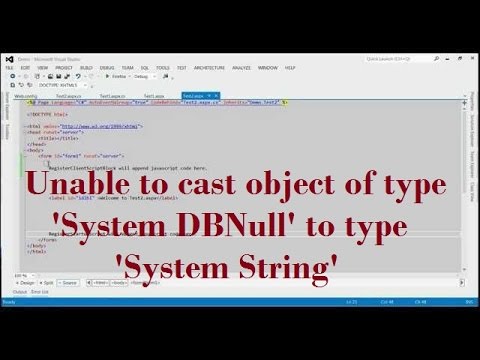 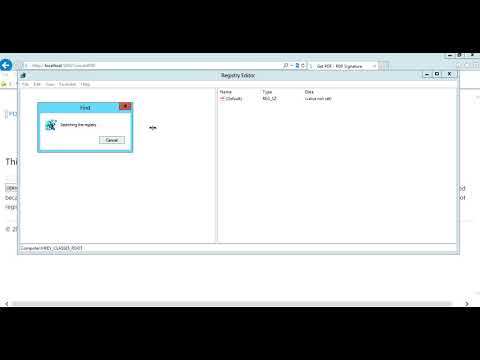 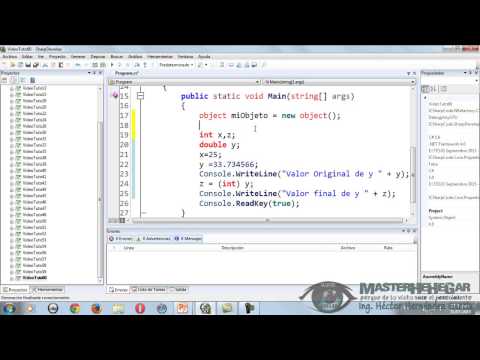 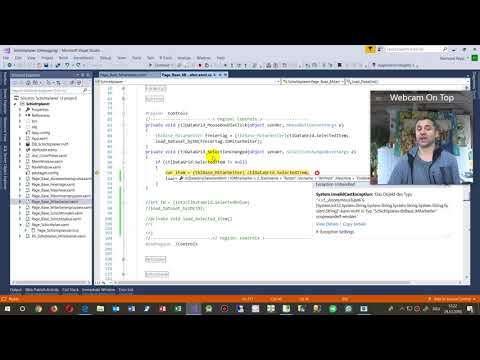 It does support input/output parameters (including RETURN value) if you use DynamicParameters, but in this case the simpler option is simply:

Note that on more recent versions of SQL Server (2005+) you can use the OUTPUT clause:

Even if you may see them somehow as equivalent they're completely different in purpose. Let's first try to define what a cast is:

Casting is the action of changing an entity of one data type into another.

It's a little bit generic and it's somehow equivalent to a conversion because a cast often has the same syntax of a conversion so the question should be when a cast (implicit or explicit) is allowed by the language and when do you have to use a (more) explicit conversion?

This topic is pretty vast so let's try to narrow it a little bit by excluding custom cast operators from the game.

In C# a cast is implicit when you won't lose any information (please note that this check is performed with types and not with their actual values).

These casts are implicit because during the conversion you won't lose any information (you just make the type wider). Vice versa implicit cast isn't allowed because, regardless of their actual values (because they can be checked only at run-time), during the conversion you may lose some information. For example this code won't compile because a double may contain (and actually it does) a value not representable with a float:

In case of an object (a pointer to) the cast is always implicit when the compiler can be sure that the source type is a derived class (or it implements) the type of the target class, for example:

In this case the compiler knows that string implements IFormattable and that NotSupportedException is (derives from) Exception so the cast is implicit. No information is lost because objects don't change their types (this is different with structs and primitive types because with a cast you create a new object of another type), what changes is your view of them.

A cast is explicit when the conversion isn't done implicitly by the compiler and then you must use the cast operator. Usually it means that:

An explicit cast is required for primitive types when during the conversion you may lose some data, for example:

In both examples, even if the values fall within the float range, you'll lose information (in this case precision) so the conversion must be explicit. Now try this:

This conversion will fail so, again, it must be explicit so you're aware of it and you may do a check (in the example the value is constant but it may come from some run-time computations or I/O). Back to your example:

This won't compile because the compiler can't convert text to numbers. Text may contain any characters, not numbers only and this is too much, in C#, even for an explicit cast (but it may be allowed in another language).

Conversions from pointers (to objects) may fail if the types are unrelated, for example this code won't compile (because the compiler knows there is no possible conversion):

This code will compile but it may fail at run-time (it depends on the effective type of casted objects) with an InvalidCastException:

So, finally, if casts are conversions then why do we need classes like Convert? Ignoring the subtle differences that come from Convert implementation and IConvertible implementations actually because in C# with a cast you say to the compiler:

trust me, this type is that type even if you can't know it now, let me do it and you'll see.

don't worry, I don't care if something will be lost in this conversion.

For anything else a more explicit operation is needed (think about implications of easy casts, that's why C++ introduced long, verbose and explicit syntax for them). This may involve a complex operation (for string -> double conversion a parsing will be needed). A conversion to string, for example, is always possible (via ToString() method) but it may mean something different from what you expect so it must be more explicit than a cast (more you write, more you think about what you're doing).

This conversion can be done inside the object (using known IL instructions for that), using custom conversion operators (defined in the class to cast) or more complex mechanisms (TypeConverters or class methods, for example). You're not aware of what will happen to do that but you're aware it may fail (that's why IMO when a more controlled conversion is possible you should use it). In your case the conversion simply will parse the string to produce a double:

Of course this may fail so if you do it you should always catch the exception it may throw (FormatException). It's out of topic here but when a TryParse is available then you should use it (because semantically you say it may not be a number and it's even faster...to fail).

Conversions in .NET can come from a lot of places, TypeConverter, implicit/explicit casts with user defined conversion operators, implementation of IConvertible and parsing methods (did I forget something?). Take a look on MSDN for more details about them.

To finish this long answer just few words about user defined conversion operators. It's just sugar to let the programmer use a cast to convert one type to another. It's a method inside a class (the one that will be casted) that says "hey, if he/she wants to convert this type to that type then I can do it". For example:

In this case it's explicit because it may fail but this is let to the implementation (even if there are guidelines about this). Imagine you write a custom string class like this:

In your implementation you may decide to "make programmer's life easier" and to expose this conversion via a cast (remember it's just a shortcut to write less). Some language may even allow this:

Allowing implicit conversion to any type (check will be done at run-time). With proper options this can be done, for example, in VB.NET. It's just a different philosophy.

What can I do with them?

So the final question is when you should use one or another. Let's see when you can use an explicit cast:

Only the first conversion can be done with Convert so for the others you have no choice and you need to use an explicit cast.

Let's see now when you can use Convert:

IMO Convert should be used each time you know a conversion may fail (because of the format, because of the range or because it may be unsupported), even if the same conversion can be done with a cast (unless something else is available). It makes clear to who will read your code what's your intent and that it may fail (simplifying debug).

For everything else you need to use a cast, no choice, but if another better method is available then I suggest you use it. In your example a conversion from string to double is something that (especially if text comes from user) very often will fail so you should make it as much explicit as possible (moreover you get more control over it), for example using a TryParse method.

Edit: what's the difference between them?

According to updated question and keeping what I wrote before (about when you can use a cast compared to when you can/have to use Convert) then last point to clarify is if there are difference between them (moreover Convert uses IConvertible and IFormattable interfaces so it can perform operations not allowed with casts).

Short answer is yes, they behave differently. I see the Convert class like a helper methods class so often it provides some benefit or slightly different behaviors. For example:

Pretty different, right? The cast truncates (it's what we all expect) but Convert performs a rounding to nearest integer (and this may not be expected if you're not aware of it). Each conversion method introduces differences so a general rule can't be applied and they must be seen case by case...19 base types to convert to every other type...list can be pretty long, much better to consult MSDN case by case!

One way to resolve the issue is,

It's a late reply. But hope it will help somebody.

A late answer, but here is an alternative to the SCOPE_IDENTITY() answers that we ended up using: OUTPUT INSERTED

Return only ID of inserted object:

It allows you to get all or some attributes of the inserted row:

If you wanted you could get Phone and Email or even the whole inserted row:

Also, with this you can return data of deleted or updated rows. Just be careful if you are using triggers because (from link mentioned before):

Columns returned from OUTPUT reflect the data as it is after the INSERT, UPDATE, or DELETE statement has completed but before triggers are executed.

For INSTEAD OF triggers, the returned results are generated as if the INSERT, UPDATE, or DELETE had actually occurred, even if no modifications take place as the result of the trigger operation. If a statement that includes an OUTPUT clause is used inside the body of a trigger, table aliases must be used to reference the trigger inserted and deleted tables to avoid duplicating column references with the INSERTED and DELETED tables associated with OUTPUT.

More on it in the docs: link

Run the command on mysql console:

(this one worked for me)

Verify that the change is effective with this command: