The exception that is thrown when part of a file or directory cannot be found. 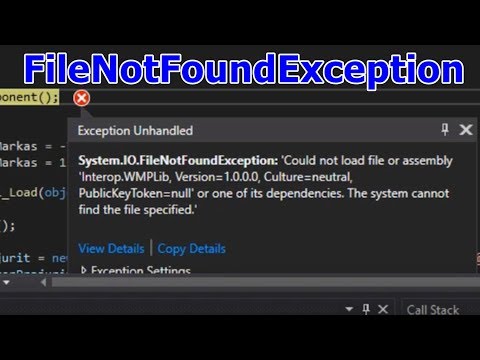 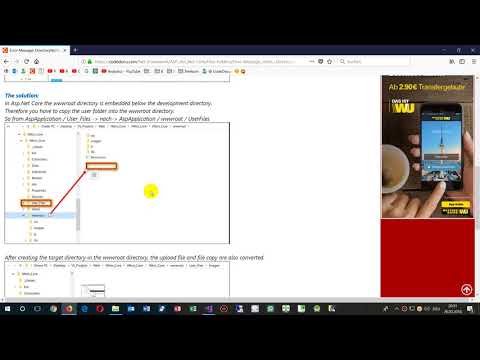 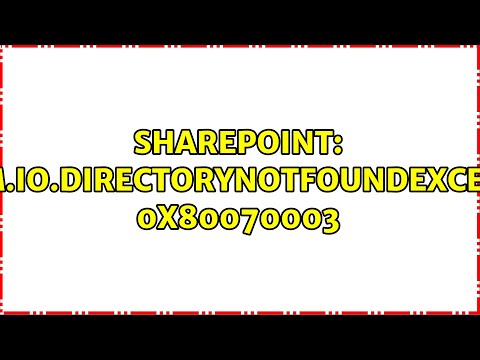 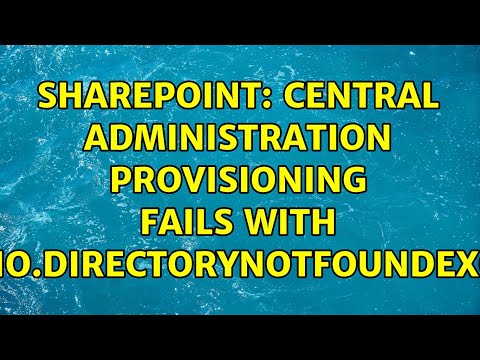 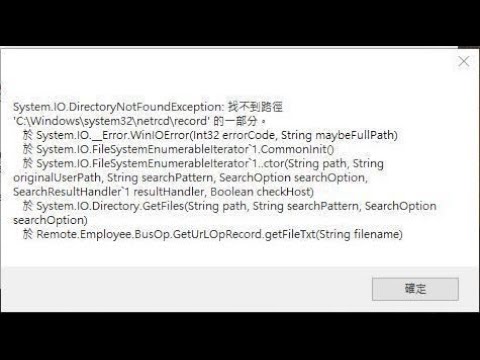 Ended up finding the answer.

The following is needed to read the relative paths in a WebApi project:

The built-in CodeDOM provider doesn't support C# 6. Use this one instead:

It's based on Roslyn and supports the C# 6 features.

The folder may created in your C:\( the default drive where OS is installed). that is folder location is C:\Logs\WZCLogs\. you can confirm that a folder is created somewhere in the drive-by executing the code again, this time the if (!Directory.Exists(FilePath)) returns true. Since you have not specified any location the compiler assumes So. Check whether it is created or not;

If the path is a wrong one definitely an exception will be thrown; I have tried with "X:\sample" which gives me the exception:

Could not find a part of the path 'X:\sample

Whereas if I tried with Logs\WZCLogs which won't give any exception for the first time and also skip the if for the second time; Hence I found that the folder is created somewhere else;

You can make these changes to make them work:

Word of caution, NuGet version 1.0.6 ... 1.0.8 will not copy the /roslyn folder to the build output directory on non-web projects. Best stick with 1.0.5 https://github.com/aspnet/RoslynCodeDomProvider/issues/38

Run-time compilation using C#6 features requires a new compiler, as @thomas-levesque mentioned. This compiler can be installed by using the nuget package Microsoft.CodeDom.Providers.DotNetCompilerPlatform.

For desktop applications, there's a problem. The ASP.NET team, in their infinite wisdom have hard-coded the path to the compiler as <runtime-directory>\bin\roslyn\csc.exe See discussion at https://github.com/dotnet/roslyn/issues/9483

If your desktop application is compiled to \myapp\app.exe, the roslyn compiler will be located at \myapp\roslyn\csc.exe, BUT THE CSharpCodeProvider WILL RESOLVE csc.exe as \myapp\bin\roslyn\csc.exe

As far as I can tell, you have two options

Here is #2, by exposing the CSharpCodeProvider as a property in a utility class.

The long and the short answer is that this isn't possible. Unlike Java, none of the .NET languages require that functions report a list of possible exceptions that can be thrown (which means that you either have to catch or report any exceptions that could be thrown on functions that it calls). Because of this, there's no generic way to determine an exhaustive list of every exception that a function could throw (I'm using the word function here to cover anything that's written like a function, including operators, constructors, etc.) because you have no guarantee as to the exceptions that could be thrown by what a given function might call.

If you're willing to go in limited, then it's conceivable that you could write something that could scan MSDN for the appropriate article for a given .NET library call and use the list of exceptions there (if any) to recursively establish a list of what could possibly be thrown. This wouldn't, however, cover any third-party libraries or catch any exceptions thrown by the runtime (OutOfMemoryException, StackOverflowException, NullReferenceException [unless you want to take it a step further and have your exception analysis also determine if there is any possibility of a null reference, but this, too, seems impossible to do in a completely generic sense]).

I'm pretty sure that this has been covered a time or two by the C# team (I'd be surprised if Eric Lippert hasn't already answered a question about this on SO), but I'm pretty certain that it boiled down to this: While this sort of system is useful and valuable to some people, mandating its use (and forcing you either to report or catch all possibly thrown exceptions) led to a lot of try { ... } catch (Exception ex) { ... } blocks in order to avoid the housekeeping, and blanket, silent catches are a lot worse (IMHO) than an unreported exception.